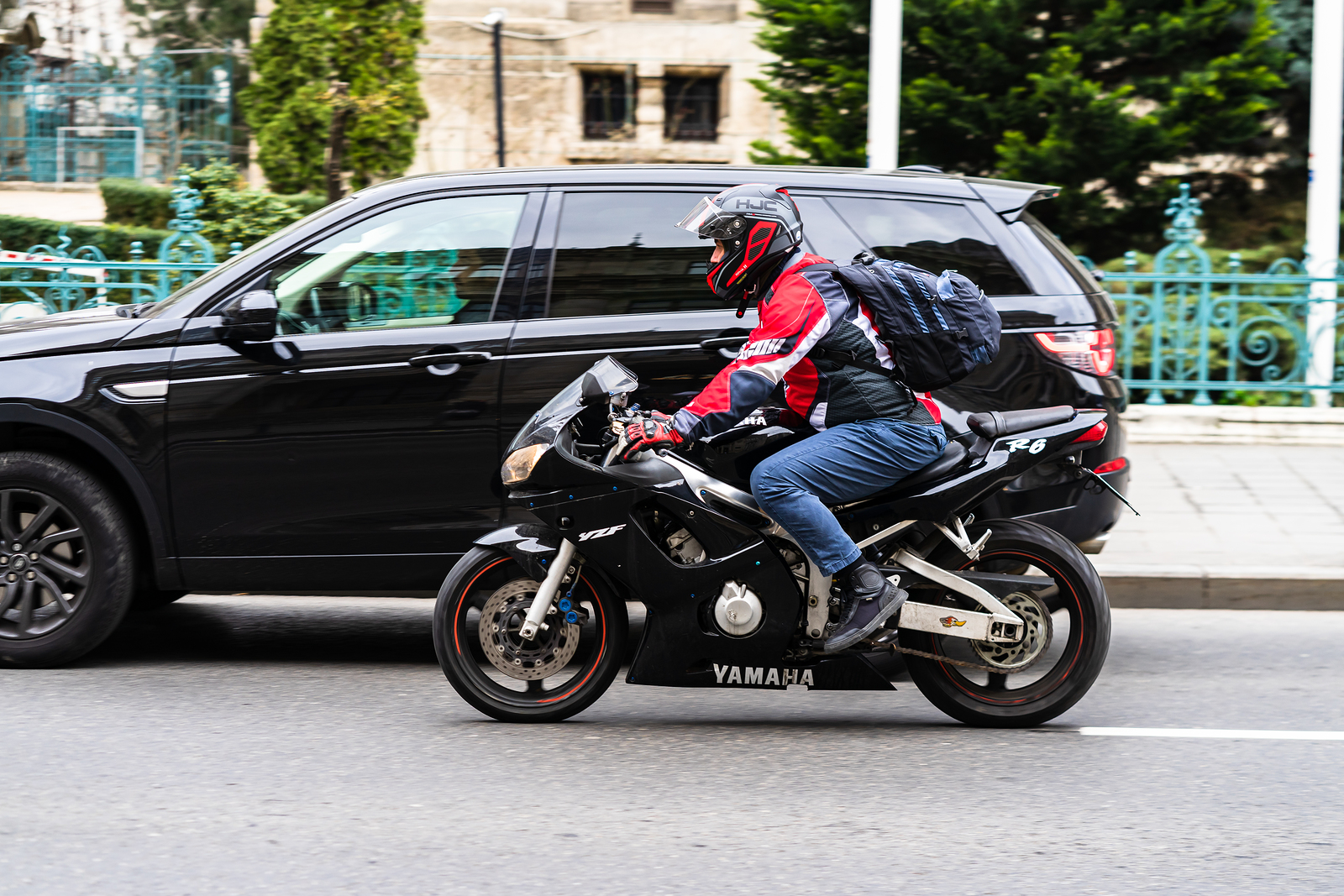 Is Lane Splitting Illegal in Kentucky?

Currently, California is the only state that has explicitly made lane splitting legal. Californian lawmakers referenced a study that showed that the practice of lane splitting is not more dangerous than riding within a lane unless there is an over 15 mph difference in speed between the passing vehicles and the bike. Motorcyclists in Kentucky engage in lane splitting for a number of reasons. One of them is the ability to get around traffic jams during rush hour. However, bikers who choose to split lanes need to be aware of the dangers of riding between vehicles:

When riding between cars, a motorcyclist must exercise extra caution because car drivers may not be expecting or seeing a biker when merging, turning, or executing any other maneuvers on the roadway. Keep in mind that riding a motorcycle is much more dangerous than driving a car, which is evident if you compare the severity of injuries suffered by motorcyclists and car drivers in accidents.

Kentucky law does not provide a clear and definitive answer as to whether lane splitting is legal or illegal. While lane splitting is not specifically legal under Kentucky law, the law does not explicitly prohibit motorcyclists from splitting lanes. The unclear legal status of lane splitting makes it complicated to establish fault in car crashes involving a motorcyclist who chose to split lanes. For example, if a motorcyclist is injured in a motorcycle crash while lane splitting in a state that explicitly bans the practice, the biker would most likely be the at-fault party in a personal injury claim. Additionally, he may be held liable for the resulting injuries and damages sustained by other parties. In Kentucky, however, the question of liability in a crash involving lane splitting would not be as straightforward since the law does not explicitly allow or prohibit the practice. In that case, the injured motorcyclist or car driver would need to hire a Lexington motorcycle accident attorney to investigate the circumstances surrounding the crash to determine liability. Would a jury of your peers find that lane splitting was reckless or negligent, and to what degree? Contact Roberts Law Office if you need help with establishing fault in your lane splitting accident in Kentucky. Call at (859) 231-0202 for a free case review.

The Challenges of Compensation in No-Contact Motorcycle Accidents