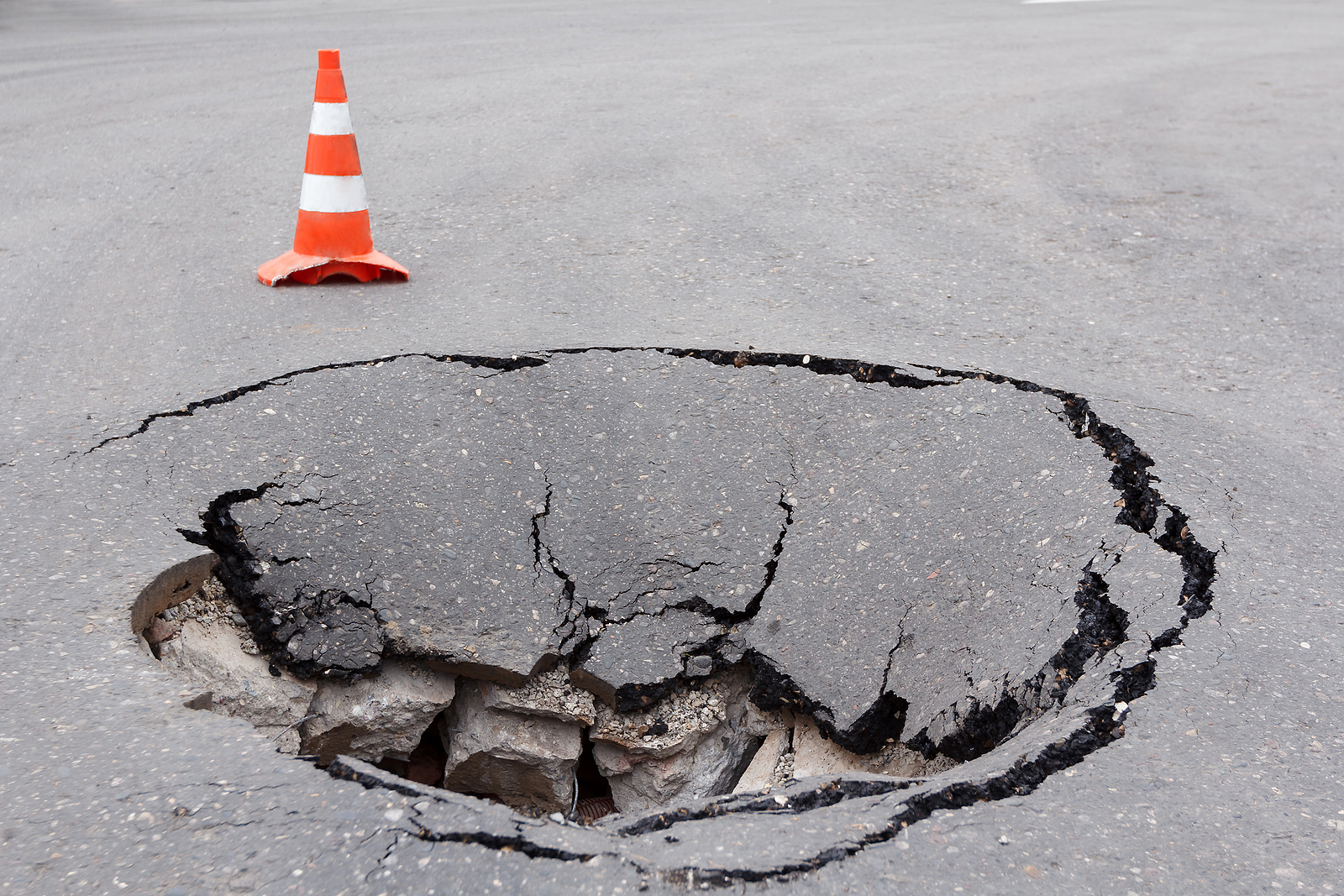 Those espousing the advantages of anarchism are often confronted by one simple question: “If there is no government, then who will build the roads?” Well, as more than a few motorists have discovered the hard way, roads can still fall into disrepair, even with the presence of a tax-funded government. In some cases, these poorly-maintained roads can lead to accidents that injure innocent people. For example, a pothole might cause a car to swerve into another vehicle. Motorcyclists may lose control due to huge cracks in the road. Even when you are driving on an empty road, shoulder drop-offs can cause tires to explode, throwing your car out of control and causing you to crash. After you have been injured as a result of poorly-maintained roads, you might not be sure about how to proceed. After all, who do you sue? While you obviously cannot sue the road itself, you can sue the government of Kentucky, which is responsible for maintaining most of these roads.

Here are some examples of what might constitute a “poorly maintained road.”

Both the state of Kentucky and the federal government are protected by something called sovereign immunity. This means that citizens cannot sue their own government for any harm suffered. However, section 231 of the Kentucky Constitution outlines a number of exceptions to this rule. One exception is that injured citizens may seek compensation from the government. Here are a few things to keep in mind when filing a claim with the Kentucky Claims Commission:

The most important thing to remember about filing a claim against the Kentucky Claims Commission is that you must prove negligence on the part of the Kentucky government in order to be successful.

Who is Liable for Your Injuries?

Different government agencies are responsible for maintaining dipoorly-mainfferent roads throughout Kentucky. Certain highways, such as the interstate, are actually Federally-managed properties. This means that you’ll have to file your claim with the federal government. On the other end of the spectrum, some roads may fall under the jurisdiction of local governments, such as the municipality of Lexington. The Law Department of the City of Lexington handles all personal injury claims.

Moving Forward With Your Claim

It is always best to consult with an experienced legal professional if you have been injured as a result of poorly-maintained roads. Speak with Roberts Law Office today, and our qualified attorney can help you plan your next move so that you can gain the compensation you deserve.

What Are “No-Fault” Car Accidents in Kentucky?